In a very good blog called About Last Night I was  reading a reminiscence of childhood and found this line:


I miss waiting impatiently to hear a good song on the radio for the second time."

Oh boy, I thought, do I know what he means.  He writes of that time when music didn't obliterate the barriers of time and space as it does now.  Today we can hear a song over and over and over again.  On demand.  Any hour of the day or night.  We are our own disc jockey.

The enjoyment is not the same.  The magic of a 'new' song is stillborn.  Disappointment comes way too soon.  Boredom is the result of limitless choices.

I can't let this month slip by without at least one post.  I apologise to any who have been coming here lately, looking for a post of some kind.
There have been days when an idea came to me and I began a post only to abandon it.  Why and wherefor should I do this, I would ask myself, and got no answer.
I live with disorientation.  America today is changed so much from the America I knew that I feel like a stranger in my own land.  How do you defend something that no longer exists?  How can you love a vanished world? 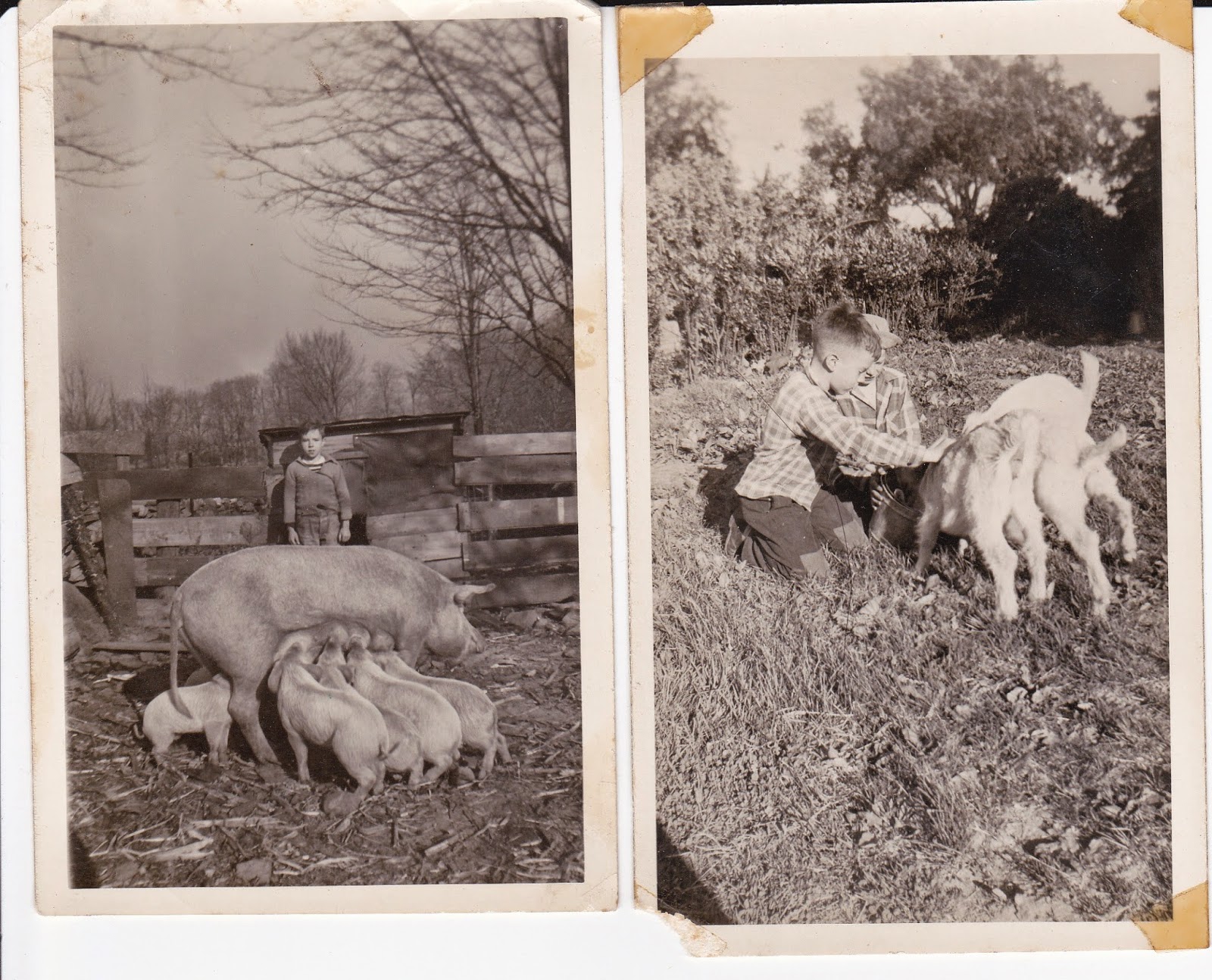 The picture on the left was taken in winter of 1943-1944 when I was ten years old.  On the back of the photo, my older brother wrote: "Here are the ten little porkies (some on other side) enjoying their meal.  I took this when they were  6 weeks old.  The pen in background is the one I built for her of the lumber from camp.  Notice the 'runt' in the back end after her meal."   This photo and note were for my father who was working on the Al-Can Highway in Yukon territory, Canada.
The photo on the right was taken in early summer of 1944.  My brother Alan and I were feeding the kids.  Notice the patches on the knees of my pants.
The 'camp' that my older brother referred to was built by the government on my grandmother's dairy farm during the Great Depression.  The building lacked insulation, electricity and plumbing.  It served as living quarters for a crew from the Civilian Conservation Corps  sent there to clear brush from Seely Creek and build wooden bridges at each farm to provide access to the Goose Pond mountain range which ran along the north side of the valley.