Change is needed, but there is no sign it is coming.

Ursula K. LeGuin has some priceless things to say. 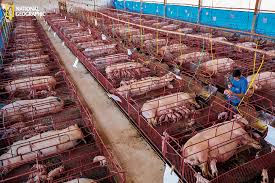 Posted by Lincoln Hunter at 4:44 PM No comments:

For the past several years I have read or heard the statement that the United States has less than 5% of the world's population but consumes 30% of the fossil fuel reserves.
The statement is true but I learned a piece of new information that really surprised me.
I knew that our population numbered around 315,000,000.   I didn't know that we are third in population behind China (1st) and India (2nd).
I was sort of shocked to learn this.  That famous 5% of the world's population fooled me into believing that we were far down the list of the 'most populous countries.'  By the way, it is actually 4.3%, not 5%.
My country's population has more than doubled since I was in high school.

That got me thinking about abortion and its effect on our growth.  I learned there have been 55,772,015 abortions since Roe vs Wade in 1973.
I have no training in statistics but  adding the number of abortions to the current population gives a simplistic and error-fraught result.  Yet  that  would be an impressive number.   Some of those 55,000,000 babies would have made families.
What would our country look like today if there had been no Roe vs Wade.  What would the housing market look like?  The job market?  The unemployment rate?
(This post is not an argument either for or against abortion.)

It's possible there wouldn't have been the huge increase in immigration (legal and illegal) because of the market pressures coming from that 55,000,000.
(Also, this post is not an argument for or against immigration.)

Posted by Lincoln Hunter at 1:03 PM No comments:

One day, for no visible cause,
an air of zest passed through my mind,
a bacchic breeze  brought memory
of the goat lust of youth.
Gasping at the loss of it,
I groped the air, as if blind.


In the mirror
the immediate Me observes
the despised You.


I could move on forever.
Take my tools: axe, shovel, saw.
Start a life.  Not a new one,
but another.


Posted by Lincoln Hunter at 5:31 PM No comments: